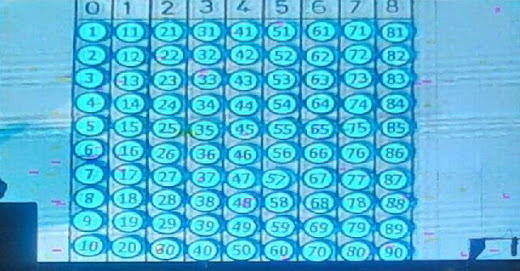 Did engku and encik know about the KIM (batu goncang ) game? We have tried to find out the early history of the beginning of this game in Minangkabau but we could not. This game is not evenly practiced by the natives in Minangkabau. We only found out about this game after being in the region of people?

Initially we thought this game was a latah game imitated from one of the states found in East Asia. Because the name KIM (batu goncang) is not a Minangkabau name. Apparently not so duhai engku and encik everyone ..

A friend once thought "Indeed, this KIM game is the same as engku gambling ...?" he told us at one point.

We just kept quiet because we didn't understand but then curiosity started to appear and we also wondered "What and what is the KIM game like?"

After we found out on the internet then asked us that the beginning of the emergence of this game is from Pariaman - so it is natural when we Darek people do not know about this game - which is one of the regions in the Minangkabau Culture. As for KIM (batu goncang) , it is an extension of the Art of Minang Rhythm or there are also those who call it the Intelligence of Content Filling.

This game is usually done at night, there are some things that must be in this game that is coupons that contain numbers that are distributed to participants, a board that contains numbers (usually this board is made of plastic that is lit on the inside so can light up when the number on the board is mentioned by the singer). Then is a tube filled with number coins, the coins taken will be numbered by the singer. The last is a complete song kicker with musical instruments.

The way the game is played is that first the coupons are distributed to the participants-for those who intend to gamble then they will sell the coupons-after which the participants will sit sweetly in the place provided. After all the equipment has been completed, the singer starts singing Minang songs or Malay songs. Kick while shaking the KIM (batu goncang) tube and pick up a coin containing numbers. In the sound, the numbers taken from the tube are inserted.

Unexpectedly, we even followed this game once. The coupons were distributed and not bought because one of the second -tier governments in the republic held them. Indeed, this game is fun and at the same time provides a challenge, can train our memory, speed, and accuracy. But even so we see this game is not good because it can be easily misused by people, especially by Ahli Ampok (Gamblers).

We agreed with our friend earlier, “This game is not the original culture of our Minangkabau people. Hailing from Pariaman which was once the most developed commercial town on the West Coast of Sumatra Island. After all, the culture of the people there is already mixed with non-Minangkabau culture. We should not imitate the coast, remember engku Adat Manurun-Syarak Mandaki .. ”said our friend at one point.

We are very much in agreement, this batu goncang game is very doubtful of its authenticity from Minangkabau, moreover, it is very prone to be misused as gambling.

Hopefully Orang Kamang won't even organize this game. We heard duhai engku and encik that after Hari Raya, our neighbors will hold this KIM (batu goncang) game in the Bahondoh-ondoh event ..?

the games Batu goncang rules you can read on click here !

Popular posts from this blog 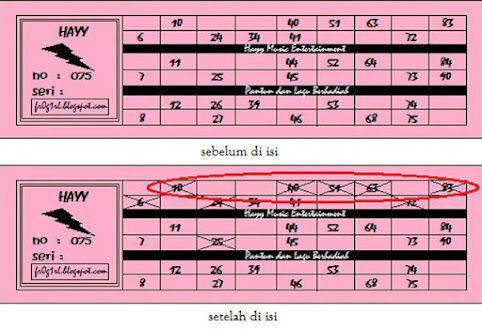 KIM ( batu goncang ) Game Rules Each participant who takes part in this game will be given paper coupons of different colors such as pink, yellow, green, blue and white which have been provided by the organizers. Which paper contains numbers that are randomized from 1-90. Each participant will get a number that is different from the other participants. And when the game is in progress, the singer will sing a song while mentioning the number taken from a box in the form of a jar at random. Each participant must be observant to hear the number called by the kicker. If on the paper there is a number called the kicker, then that number is marked with a cross as shown above. Furthermore, if all the numbers in the paper coupon have been crossed like the picture circled in red above, then the participant must immediately shout to the singer or the committee so that the singer can stop singing for a while because, if the dancer continues to sing and repeats the new number, the participant th
Read more